Does rice cereal have to be the first food for babies?

While baby rice has been the traditional first food, there is no requirement that you must absolutely start solid foods with rice. There are many nutritious food options for your baby’s first food besides rice cereal.

Many pediatric resources say that avocado, banana and sweet potato make great first foods for babies and some even are recommending that meats be one of baby’s first foods as well.

Finally, research into nutrition is catching up to tradition:  the AAP now states that

“For most babies it does not matter what the first solid foods are. By tradition, single-grain cereals are usually introduced first.However, there is no medical evidence that introducing solid foods in any particular order has an advantage for your baby.”

Rice cereal can be a good starter food because it is low on the allergen list, relatively easy to digest, and provides a bit of additional iron.  However, skipping the cereal and starting with a tastier fruit or vegetable might be perfect for your baby.

According to Dr. Frank Greer, a member of the American Academy of Pediatrics’s Committee on Nutrition, solid foods for babies should be introduced based on their nutritional makeup and not on simple tradition.  The tradition of offering rice cereal as a first food does not make a lot of sense because it is low in protein and high in carbohydrates.  Starting baby on solid foods that are nutrient dense, such as avocado or sweet potatoes, is better for baby.

Is there a risk of iron deficiency anemia if fortified rice cereal is skipped?

As baby begins to eat solid foods, parents often worry that their baby is not getting enough iron.  Rest assured: the vast majority of babies will not become iron deficient if they do not eat a fortified baby rice cereal nor will they become iron deficient if they do not receive supplements. Infants who are exclusively breastfed are seldom at risk for iron deficiency anemia because breastfed babies absorb iron at a higher rate even if the iron content of their mother’s breast milk is lower than that of formula.

Babies who are formula fed are also seldom at risk for iron deficiencies because most formulas are iron- fortified.  The best thing you can do is consult with your pediatrician about your baby’s need for additional iron.  Your pediatrician is likely to test baby’s iron levels as part of his regular check-ups at 6 and/or 9 months.

It is true that iron deficiency anemia is the number one nutritional concern in infants, but the babies who are most at risk fall into the following categories:

The importance of consulting with your baby’s pediatrician about the need for iron fortified cereal and/or iron supplements cannot be stressed enough.  All babies are different and generalities may not apply to your baby.

? Introducing solids too early to a baby may actually hinder the iron levels in the baby so do not offer solid foods before 4 months and try to wait until 6 months to truly begin to start baby on solid foods. 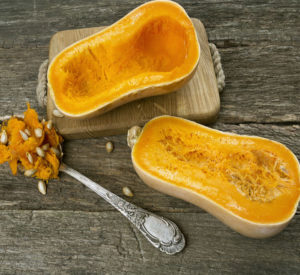